Hello all! It’s been a while since I last updated this blog, eh? Well, it’s high time that I gave a little update regarding what I’ve been up to and how the server has been handling.

The last time I posted an update, it was about how I spilled water all over the server. Well, thankfully, since then there haven’t been any issues with the way things have been running, so that’s a blessing. In the intervening time, I’ve kept busy with work and with acquiring various things. Those who follow me on twitter and facebook probably have seen the various pictures of the things I’ve gotten, but I’ll go ahead and put them here too. 🙂

I got a sailboat! It’s not a very big boat, only about 11 feet long. More specifically, it’s a dinghy style Super Snark boat.

“Why did you get a sailboat Jesse?”

Several reasons, really. A friend of mine last summer invited me to go sailing with him on his much larger boat, which he kept out at Lake Travis before he gave it away. I took him up on it, and it was one of the more enjoyable and relaxing things I’d done in recent times. It also reminded me of the fun times I had in Boy Scouts, earning my sailing merit badge on Snark boats.

Sadly, being able to organize sailing trips with my friend was difficult, and it grew even more difficult after he gave the boat away to a coworker, so I settled on getting myself my own boat and just going to the lake whenever I damn well pleased! It just so happened that there was an outfit in downtown Austin that rented – and sold – various models of Snark boat. They were HostGator customers for their website as well, so it turned out to be a match made in heaven as far as being a customer is concerned. And so, I bought a brand, spanking new Super Snark sailboat for just a little more than $1,100. 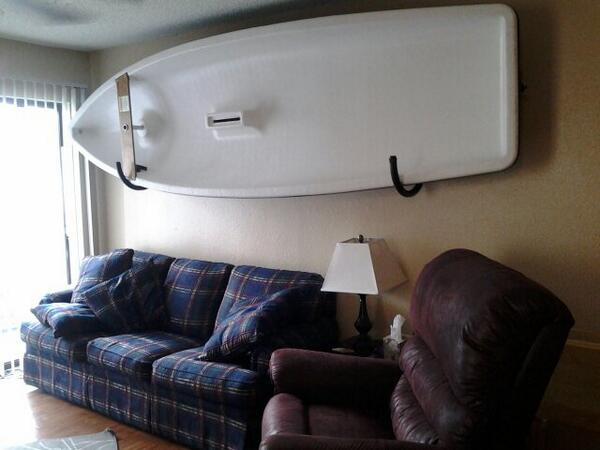 Interesting storage solution, huh? I think it adds character to my apartment’s living room. 🙂 It makes for a good, short conversation piece, and it’s hella fun to sail around!

Now for some more technical type stuff. For those unfamiliar, most servers that serve websites these days are powered by a program called “Apache.” This is the program that takes files and data on the server’s hard drive and sends it to you when you enter a URL for a website. Apache has been around for a long time and it’s pretty much the standard bearer.

Lately at my job I’ve been hearing more and more about a new server program that is growing very popular. This program is called Nginx (pronounced Engine-X).

Why is it getting popular? Well, it has some features that Apache doesn’t, basically. What are these features?

1) It’s lightweight. It doesn’t consume many server resources, which generally means you can get better performance with large volumes of traffic.

2) Proxying. Nginx is capable of serving as a reverse proxy for another server. That means, it can act as a front end for something else. In my case, I switched my front end web server from Apache to Nginx, letting Nginx handle all the basic front end requests while Apache runs in the background.

Why is this good? Well, I’ll explain more below.

3) Caching. Nginx has a built in caching function, which is enormously handy! For those who don’t know, caching basically improves server performance. How? Normally, when a user requests a web page, the server has to do a lot of work to build the web page and then send it out over the internet. A cache is basically a pre-built, saved copy of the web page. The server does less work to build the page, and all it has to do is send the copy.

Apache is capable of building a server side cache of web pages and media, but it involves a great deal of hassle and it’s not very user friendly for an administrator to set up. Not so for nginx. Nginx actually makes the process of setting up server side caching fairly simple and straightforward.

So, here is the trick then. If you combine nginx’s proxy ability with its caching ability, you can save your Apache server some effort in building web pages and you can generally get better performance than you otherwise might. My configuration is probably a bad one, but it’s neat to set it up from scratch, see it work.

I have more things that I could continue to write, but I’ve run out of time for now. I’ll probably write another update soon!